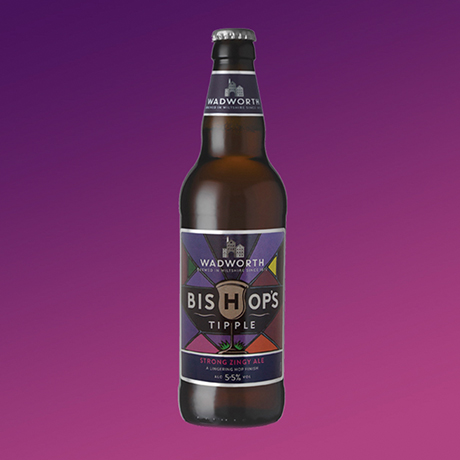 Wadworth, the regional pub operator and family brewer in Wiltshire, is celebrating recognition for two of their finely crafted bottled beers in the recent Taste of The West awards.

Wadworth, the regional pub operator and family brewer in Wiltshire, is celebrating recognition for two of their finely crafted bottled beers in the recent Taste of The West awards.

Bishop’s Tipple, one of Wadworth’s most popular core ales, was one of the award winners. This golden, smooth, spicy and drinkable beer has always provided divine inspiration, having been first brewed to commemorate the appointment of George Reindrop as Bishop of Salisbury in 1973 who declared it “a temptress with its pale golden hue and soft after palate.”  The Taste of the West judges obviously agreed, awarding the beer a coveted Silver.

And, taking a creditable Highly Commended in its first year of brewing, was 6X Gold, the brewery’s new gluten-free beer. This lighter, golden, hoppier version of 6X is proudly made from 100% British hops and has been launched this year to please those drinkers who love the time-honoured taste of 6X but, in keeping with the current trend for golden beers, enjoy a lighter beer.

“We are delighted with these awards for our beers which are hand crafted by our dedicated and skilled brewers in the Wadworth Brewery in Devizes,” said CEO, Chris Welham. “The awards recognise one of our most established brews and one of our newest, demonstrating the Wadworth talent for creating beers with heritage to suit contemporary tastes.”

Pictured is the new look Bishop’s Tipple bottle due for re-launch this summer.