Wadworth takes off with charity donation 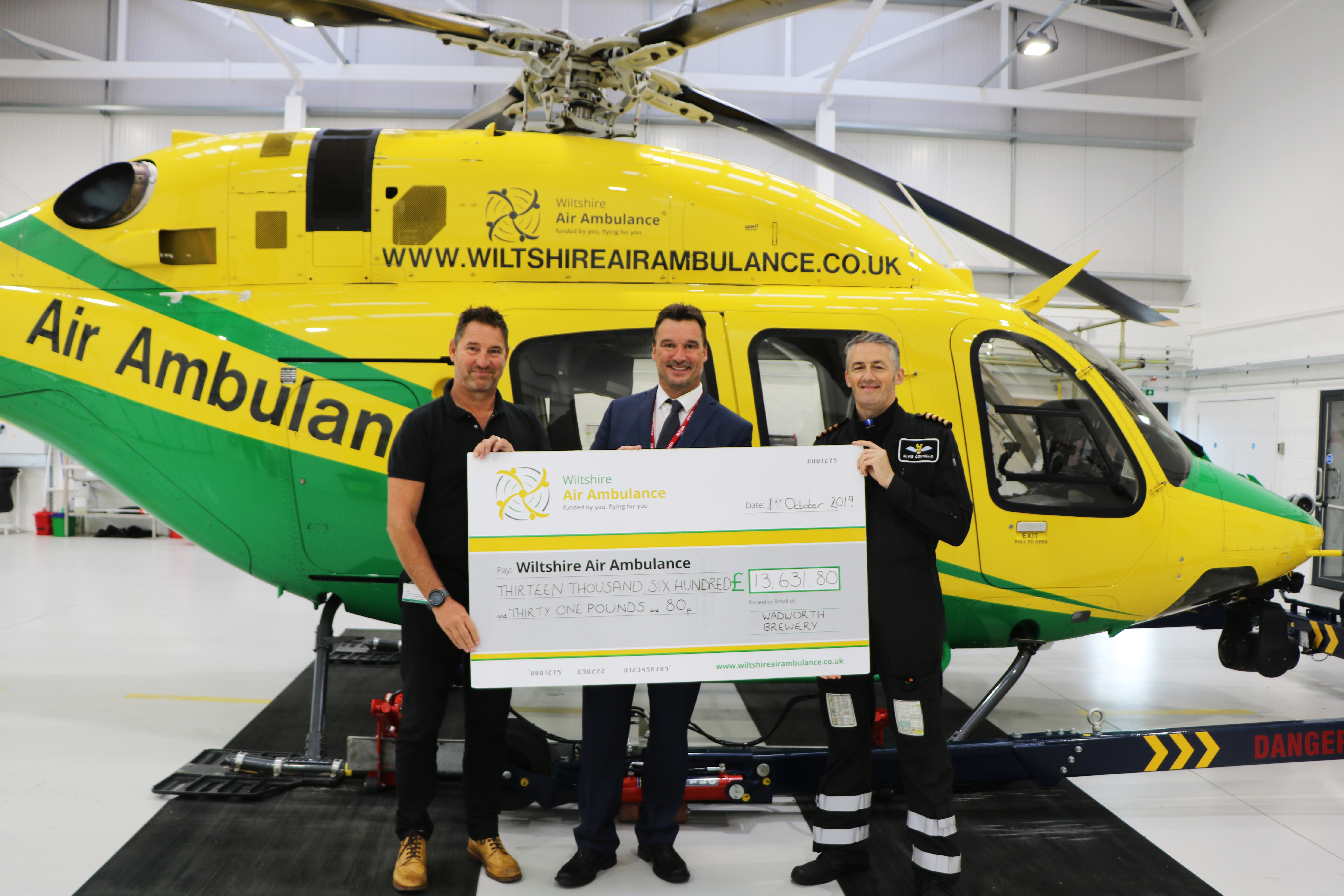 Cheque for over £13,000 handed to Wiltshire Air Ambulance

Wadworth the independent family brewer and pub operator based in Wiltshire handed over a cheque for over £13,000 to Wiltshire Air Ambulance this week.  The money has been raised with the help of Wadworth’s pub customers who have donated clothing and textiles to the Salvation Army clothing banks located at their pubs.  Following the donations, the Salvation Army give a proportion back to Wadworth for allowing the banks to be located in their pub car parks.  Wadworth then gives this back to the community in the form of charity donations.

Speaking about the donation, CEO for Wadworth Chris Welham said, “We are really pleased to be able to support the Wiltshire Air Ambulance and we couldn’t have done it without the customers that visit our pubs and, also use the clothing banks.  The Air Ambulance team serve the whole community and those visiting Wiltshire.  They do an amazing job for the area and we wanted to recognise the massive contribution they make to the county by donating to this very important charity”.

Des Regan, fundraising manager of Wiltshire Air Ambulance added, “Annually it costs £3.75 million to operate our lifesaving service.  We complete over 1000 missions per year, which is on average three a day.  Our paramedics are trained in critical care skills enabling them to deliver gold standard medical care to patients. We rely on donations like this and are so grateful to Wadworth and their wonderful pub customers who have made this possible”.

The Wiltshire based brewery donated £38,395 to local charities last year and support the Wiltshire Community Foundation on an annual basis.  The team at Wadworth also hold events throughout the year which raises funds for their central charity pot.