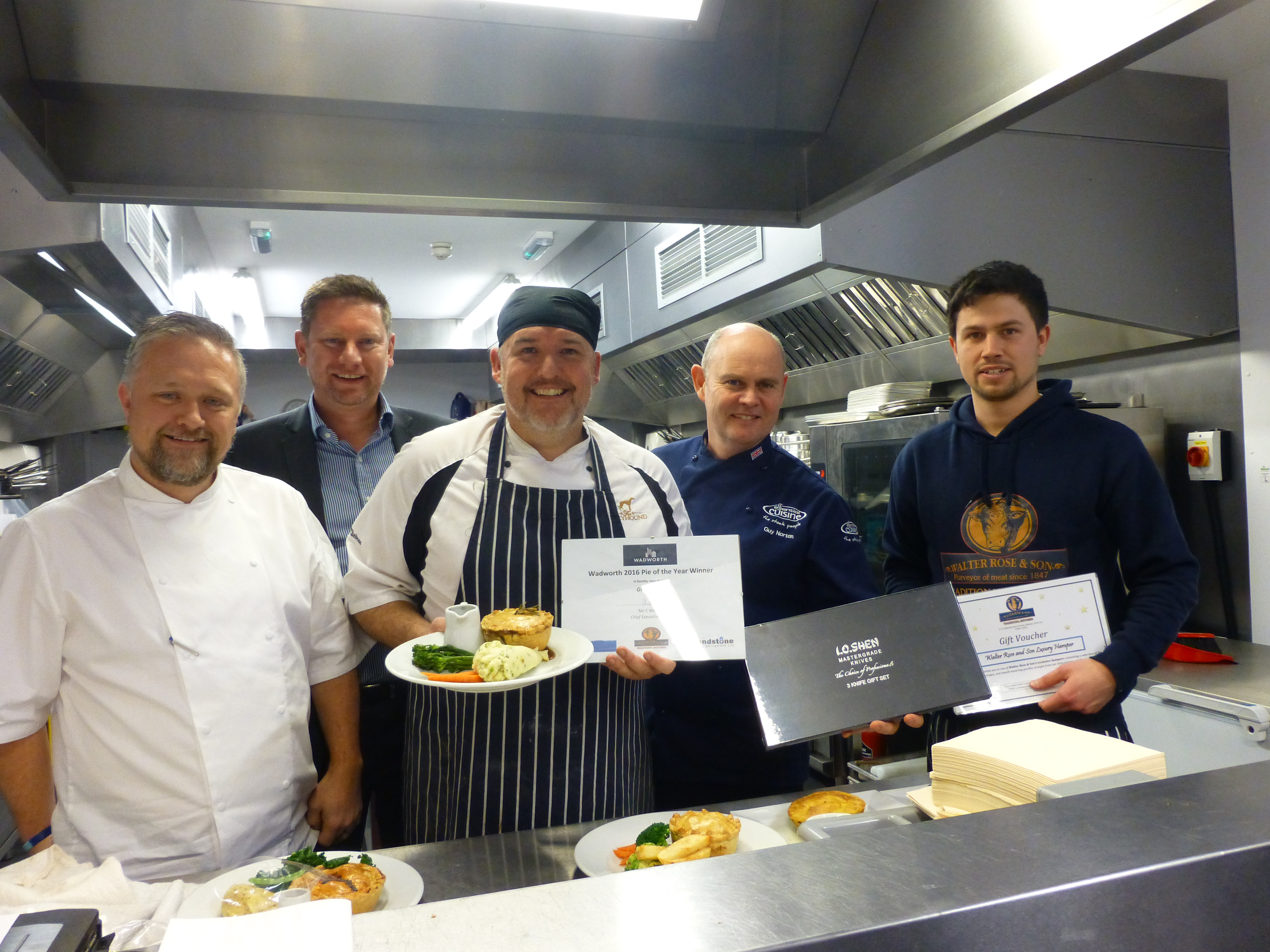 His winning recipe, The Wooly Rucker Pie, was created using seasonal ingredients including braised leg of lamb and Wadworth’s Dirty Rucker ale, encased in rosemary infused shortcrust pastry. It will now be sold across all of Wadworth’s managed house estate during this year’s National Pie Week (7 – 13 March 2016) and until stocks run out. This is the second year running that The Greyhound Inn has been named as the winner.

With a record 44 out of 45 Managed Houses taking part in the event, the pubs involved were asked to submit a pie recipe with full specification and cost breakdown to Wadworth, before promoting and serving their pies to customers, who then gave their opinion via feedback forms.

This feedback was used to cut the competition down to six finalists, who underwent a cook-off at the Wadworth Brewery in Devizes, Wiltshire, where a panel of six judges tasted the pies and gave them a final rating based on seven categories, including presentation, quality of pastry, quality of filling, strength of flavours, quality and innovation, value for money and standard of service.

Chris Wright, head chef and manager of the Greyhound Inn, said: “I am hugely pleased that we have been awarded best pie for the second year in a row. We strive to offer our customers the best quality food and our pies are always very popular – it’s great to have this recognised. I wanted to create a pie that was seasonal and full of flavour, including the delicious Dirty Rucker ale. I hope customers enjoy eating it as much as we enjoyed making it. We love taking part in the pie competition, and seeing our pie rolled out to other pubs in the Wadworth estate fills us with pride.”

Rupert Bagnall, Head of Managed Houses said: “The quality of the pies this year was outstanding, with many inspiring flavour combinations, using the finest local and seasonal produce. Judging is certainly getting harder and harder – but no less enjoyable!

“The Wooly Rucker really stood out because of the great depth of flavour, excellent pastry and balanced accompaniments. It was tender, the meat was succulent and the gravy was perfectly seasoned. Congratulations Chris, and everyone that has taken part, we can’t wait until next year!”