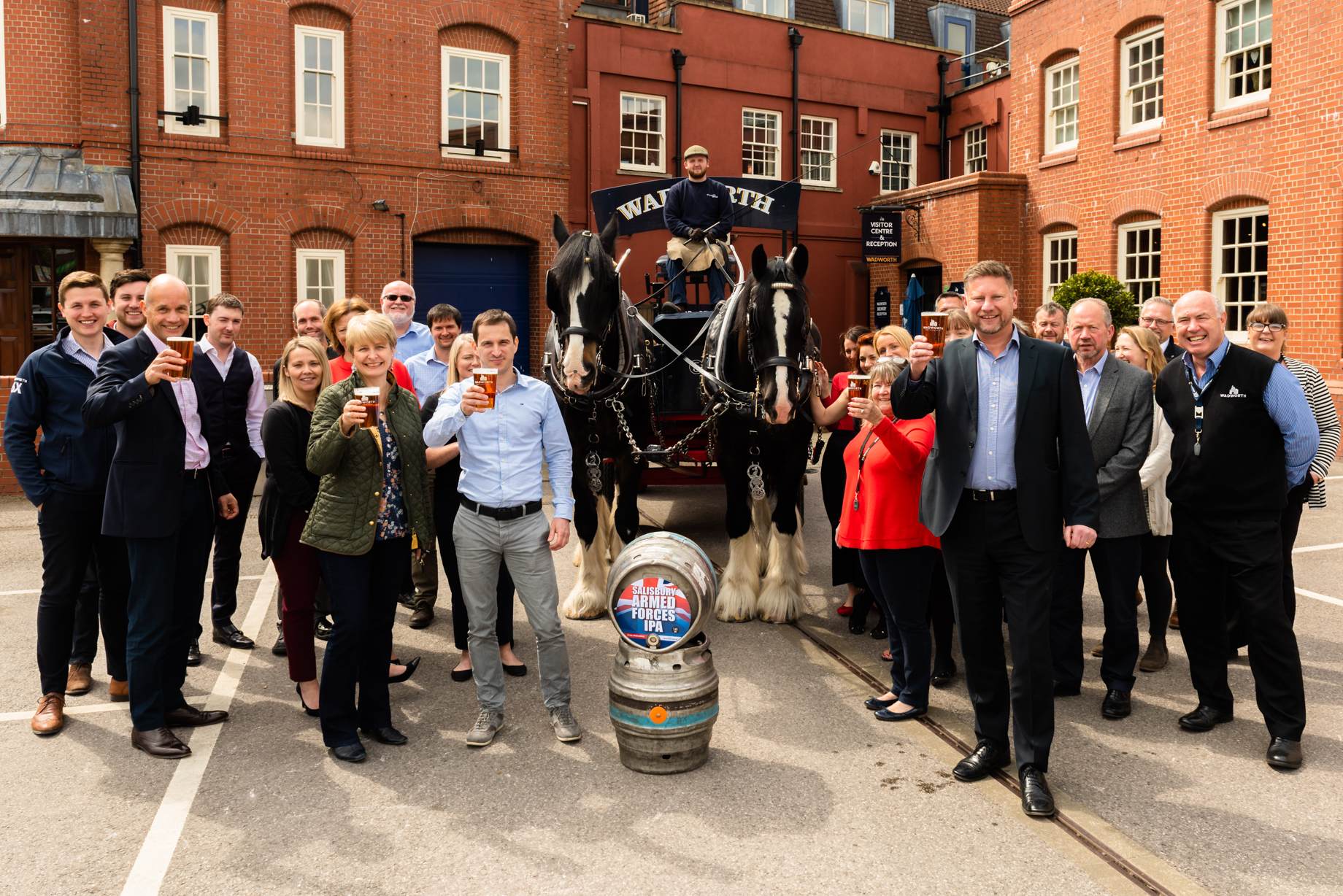 5p for every pint sold goes to SSAFA

Beer lovers will be able to sample an exclusive tipple at the Armed Forces Day National Event in Salisbury thanks to local family brewer Wadworth.

Wadworth Brewery, based in Devizes, has announced Salisbury Armed Forces IPA as a bespoke beer, which will only be available at the event.

As an official supplier to the event, Wadworth has generously pledged to donate 5p to SSAFA for every pint of the special ale sold over the weekend at the three bars the brewery will have at Hudson’s Field.

Baroness Scott of Bybrook OBE, Wiltshire Council leader, said: “I’m delighted Wadworth is supporting what promises to be a fantastic weekend on which to celebrate our troops. The brewery has a long tradition in Wiltshire, and it is great to see them supporting us along with other businesses to make the weekend a success. I look forward to trying out Salisbury Armed Forces IPA.”

Chris Welham, chief executive officer at Wadworth and Co Ltd, said: “We are extremely proud to be part of the Salisbury National Armed Forces Day weekend in June. Wadworth has been brewing beer in Wiltshire since 1875 and the army regiments based in this area have been enjoying our beers since then.  It’s a perfect partnership to create a beer for the event to celebrate our joint heritage here in Wiltshire”.

James Grant, head of corporate fundraising and events at SSAFA said: “We are delighted that a local business, Wadworth Brewery, is stepping up to show their support of the Armed Forces community. Now every pint will make a difference, by helping SSAFA to continue delivering practical, emotional and financial assistance to those in need. Armed Forces Day is a chance for us all to proudly say thank you to the men and women who have given us so much.”

Free tickets for the packed programme are now available by visiting www.wiltshire.gov.uk/salisbury-afd. People are encouraged to claim theirs early as the event has limited numbers.

To find out what the CEO of Wadworth says about the event: https://youtu.be/JOTZNEAOZr4