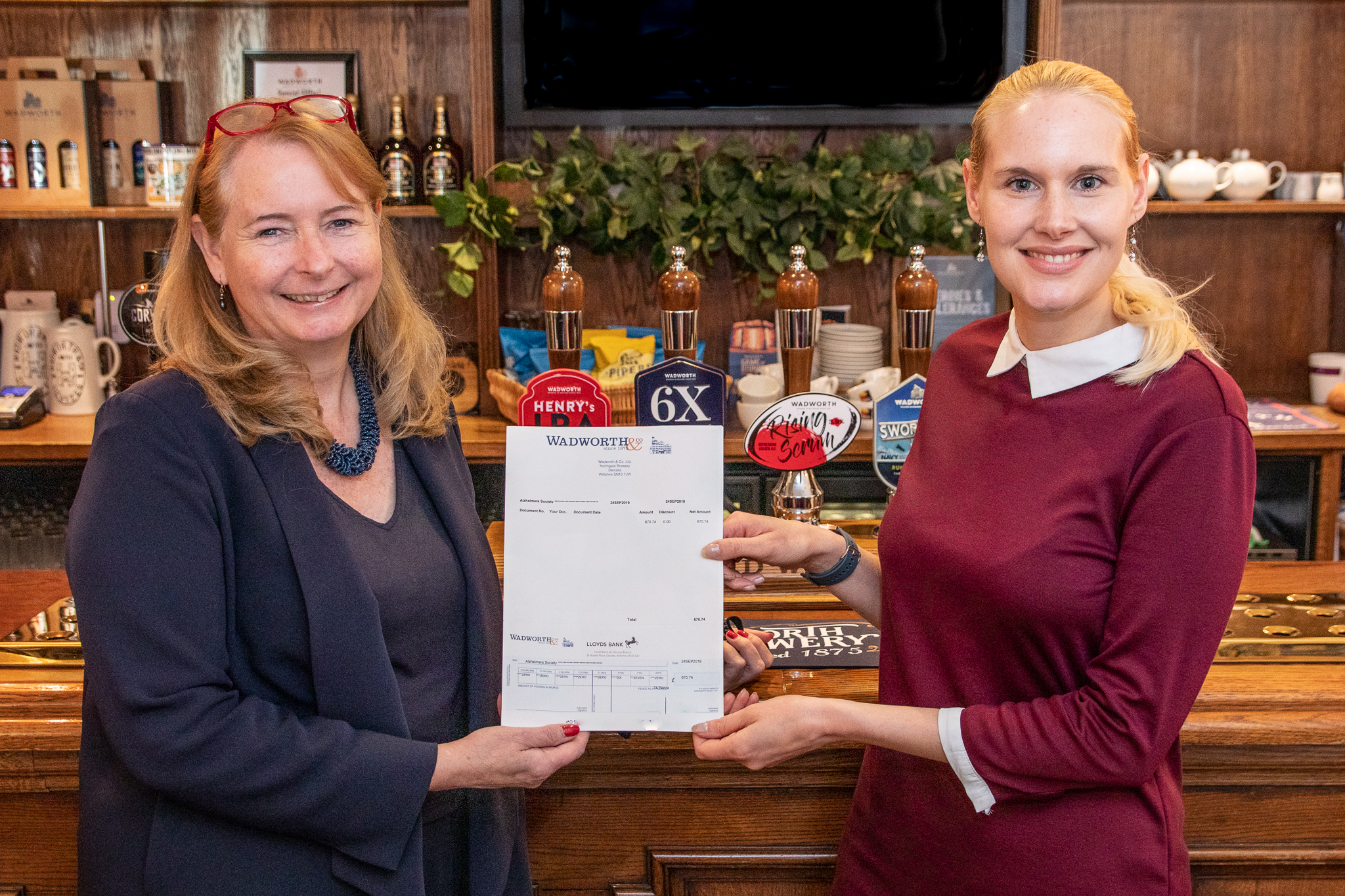 With fundraising cheque handed over

Wadworth the independent family brewer and regional pub operator has furthered its support for Alzheimer’s Society by handing over a cheque for £670 following a number of fundraising activities from the staff at the brewery including dress down Fridays.

Wadworth has a close association with Alzheimer’s Society with 67 staff in their pubs and support centre having taken part in the charity’s Dementia Friends sessions, learning more about dementia, so people affected by the condition can be supported when visiting a pub.

Speaking about the donation, Wadworth’s very own Dementia Friends Champion, Marie Wood said, “This donation is just part of our support for Alzheimer’s Society and helping more people with dementia continue with every-day things like visiting a pub.  We will continue to support the charity and encourage more hospitality businesses to do the same”.

Zena Jones, Alzheimer’s Society Community Fundraiser for Wiltshire said: “Dementia is now the UK’s biggest killer with someone developing it every three minutes. I am therefore delighted that Wadworth has decided to unite against dementia with us to improve the lives of people living with the condition by choosing Alzheimer’s Society to benefit from their fundraising and by taking part in our Dementia Friends initiative too.

Alzheimer’s Society is committed to spending at least £150 million over the next decade on dementia research to improve care for people today and find a cure for tomorrow. I would like to say a huge thank you to Wadworth for the part it’s helping to play in boosting research into dementia and for playing such an active role in the creation of more dementia-friendly communities.”